The Dark Makers are a dark alien race of ancient, corrupted Precursors. They are considered a deadly race, and a sign of the undoing of a planet should they approach.[1] They were at one point in contact with Jak's planet in alliance with Cyber Errol with the plan to destroy the planet with dark eco, before they were destroyed by the Precursor's Planetary Defense System.[1] They served as one of the main antagonists during Jak 3 along with the Metal Heads and KG Death Bots. Onin explained that the Dark Makers had battled over several other planets against the Precursors for "as long as time has turned," and that Jak's planet was not the first world they had visited.

According to the Ottsel Leader, the Dark Makers were once Precursors but exposure to dark eco corrupted them. They built large machinery, abominations and equivalents to Precursor technology, and began conquering worlds. They were at some point in alliance with the Hora-Quan, though they betrayed them.[1][2]

Shortly before or during the beginning events of Jak 3, Cyber Errol and a Dark Maker ship made contact. Cyber Errol planned to use dark maker technology to destroy the world with dark eco, similar to Gol Acheron and Maia in The Precursor Legacy.

Cyber Errol believed the Dark Makers would, in return for his help in destroying the planet, collaborate with him and allow him to use Dark Maker technology, though Jak believed he was simply a puppet for the race. The Dark Makers attacked Monk Temple, Spargus, and South Haven Forest in the missions "Rescue Seem at temple", "Defend Spargus from attack", and "Activate Astro-Viewer in Haven Forest" respectively, though Jak managed to stop them from gaining a foothold in any of the aforementioned places.

Cyber Errol activated the dark ship's shield, though Jak then deactivated it by infiltrating the core of the ship, allowing the Planetary Defense System weapon to destroy the ship. Cyber Errol escaped the destruction of the ship in a terraformer, and in the final boss battle both the terraformer and Cyber Errol were destroyed. It is unlikely the entirety of the race was destroyed with that one ship, as the Precursors left the planet to help defend other planets from the race.

The dark makers are easily identifiable by their dark purple color resembling dark eco, and sharp, jagged armor and corrupted artifacts resembling "terraformed" Precursor artifacts. Their units' heads closely resemble oracle or Precursor robot-like heads with bug eyes and a proboscis extending from below their eyes, suggesting they could in fact just be artifacts, or robots, similar to the Precursors', although they also obtained organic traits, possibly being a hybrid similar to the metal heads.

During Jak 3, the only dark makers seen were headquartered in the Day Star, a Dark Maker ship which approached Jak's planet. The dark makers were primarily seen there, and only infiltrated other areas such as South Haven Forest, Monk Temple, Spargus, and the Metal Head tower for a short amount of time.

The Dark Makers had a diverse military, ranging from small mine spider to the massive terraformers. The troopers appeared to comprise their main infantry, with hornets being slightly less common aerial units. There were also scouts known as dark satellites which scoured the planet, and would crash land on the world and begin growing and enrooting itself in the world's environment. Walkers were also deployed for larger-scale attacks.

The Dark Makers' vehicles were also often the species of dark maker themselves, such as the walker, satellite, and terraformer. Other vehicles used by the dark makers included massive space ships and one Dark Maker bot (resembling the Titan Suit from Jak II), though they rarely made use of simple technology such as vehicular transportation. 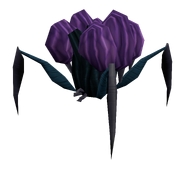 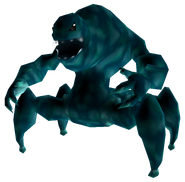 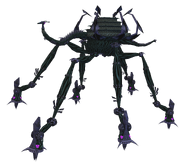